With the creation and proliferation of Web 2.0 technology, I wonder if we have entered the first time in history that primary media and typical school do not match. Could this be a fundamental cause for the urgency that seems to define discussions of educational change for the 21st century?

What do I mean about the match between primary media and typical school? Well, when Socrates was utilizing the method that bears his name, the primary medium was voice, inquiry, and discussion. “School” matched that basic model of media. During historical periods in which mass-produced print media dictated information relay, schools grew to rely on the same – books. As the industrial revolution produced radio and TV, information was broadcast from a sending station to a set of receivers. 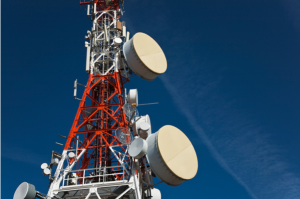 We learned to “sit and get” our information. School transformed into a comparable system. In fact, in typical factory model, we efficiently organized classrooms in rows and columns of “receivers.”

Today, in my opinion, we incorrectly refer to students in school as “digital natives.” They are not born with innate digital understanding. The world they live in as children, though, is very different than the world we lived in as children. As we all know, they do grow up in a world in which they have never not known cell phones that function more like computers than telephones. Students in high school essentially have no memory of life before Web 2.0. What an effect this must have on growing learners, day in and day out. They live with an Internet to which they could always contribute. The can create, contribute, and connect. They don’t just “sit and get” like couch potatoes watching a screen or listening to the radio. They use services like Pandora and order what they want on the radio – they determine the broadcast. They make playlists with the computer, not a set of CDs and a tape deck. They text, tweet, and facebook. 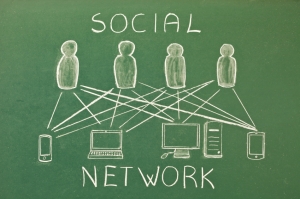 Until they go to school. Schools, for the most part, are still in the broadcast and receiver phase. Schools are more like those sets of CDs and tape decks. Technology is a faster adapter than schools. Why? Because our professional development largely still exists as “sit and get” – broadcast and receive. When administrators and teachers create conditions for School 2.0, things start to happen.

Through educational innovation driven by 2.0 learners, countless schools are changing for the better. They are working diligently to ensure that student learning is at the core in our 21st century world. Schools are moving from an unintended focus on what’s convenient for the braodcasters, to an intentional refocusing on what’s best for the co-creators. Schools are leveraging Web 2.0 tools, utilizing the last two decades of brain research, and organizing away from the egg-crate culture into cultures of collaboration. Thank goodness! May we continue to strive for improvements and enhancements that will help our students see school as a primary place of learning – not an irrelevant pitstop between periods of more self-engaged exploration and discovery.

2 thoughts on “Do Schools Match the Tools?”